MILEGALIZE FILES LAWSUIT IN STATE COURT TO CHALLENGE MARIJUANA LEGALIZATION PETITION DENIAL
Lawsuit filed in the Court of Claims based on various constitutional claims
June 17, 2016
LANSING- The ballot question committee MILegalize filed a lawsuit today challenging a decision by the Board of State Canvassers (BOSC) to reject 354,000 signatures on the grounds that some of the signatures were “stale,” meaning older than 180 days. The cited defendants include Secretary of State Ruth Johnson, the Board of State Canvassers and the Director of the Bureau of Elections, Christopher Thomas.

The filing in the Court of Claims also asks the judge to strike down Public Act 142 of 2016, also known as Senate Bill 776, which was signed into law on May 25 by Governor Rick Snyder.
The Complaint in the case asks for a writ of mandamus, declaratory and injunctive relief. “This action seeks a minimum of at least four immediate rulings and one outcome– to place the MILegalize proposal on the ballot of the next general election,” per the official filing.

On June 1 MILegalize leaders submitted to the Michigan Bureau of Elections over 354,000 signatures from Michigan residents, all secured in support of a petition drive to put the issue on the ballot in the November 2016 general election. More than 5% of all registered voters in the state signed the MILegalize petitions.
Using the guidelines established by the Board, the Bureau recommended the petitions be rejected. The BOSC quickly voted to follow that recommendation, issuing a formal refusal on the grounds of stale signatures.
MILegalize attorneys, led by the organization’s Chair, Jeffrey Hank, contend that the law clearly states the period to collect signatures for standard petition drives is the time between gubernatorial elections, and the 180-day policy has only been a valid restriction for Constitutional Amendments.
“This lawsuit is about more than cannabis. It is about the fundamental rights of all Michigan citizens to participate in our own government. We are fighting for the rights of all Michigan voters. The BOSC is enforcing a policy on initiatory petition drives that is improper,” said Hank. “Our argument is Obviously, the legislature thought so, too, because they passed a bill to change elections law to stop any petitioning group from ever using the same path we’ve taken.” Attorney Thomas Lavigne added, “MILegalize will be on the ballot. This is one of the most important petitioning rights cases ever filed, and we will vigorously defend Art I, Sec 1, that all political power resides with the People.”
The bill was signed by Governor Snyder earlier this year, and seals up the ‘loophole’ in elections law created by this dual standard of timing for petition signature validity. In their claim, MILegalize attorneys argue that the law itself is unconstitutional and is not valid to enforce a law made in 2016 on a ballot drive that began in 2015.
Both the Brief and the Complaint are extensive and include additional constitutional claims that SB 776 was not properly enacted with immediate effect, and that if it were applied to MILegalize it would be an unlawful regulatory takings. MILegalize in that instance is seeking damages of up to $3 million dollars, plus attorney fees. A case which addresses some of the same issues has already been filed by the Citizens to Ban Fracking in MIchigan; that case is being heard by Hon. Stephen L. Borrello.
MEDIA CONTACT:
Jeffrey Hank     855-426-5529      info@milegalize.com
Authorized by MILegalize, PO Box 4427, East Lansing, MI 48826 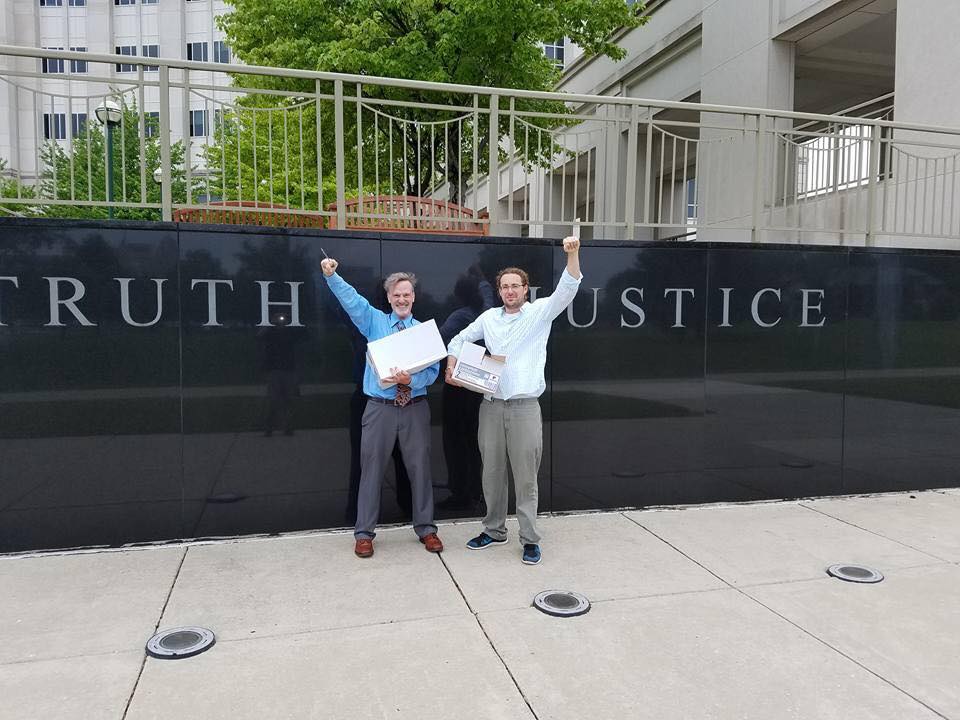