300,000+ signatures gathered in campaign to legalize adult use of marijuana in Michigan; major rally planned for May 20

LANSING- The MILegalize organization has collected more than 300,000 signatures on petitions to legalize the adult use of marijuana in Michigan, said Chairman Jeffrey Hank, and petitioners are still on the streets collecting more until MILegalize turns in to the Bureau of Elections on June 1.

The campaign needs about 253,000 valid signatures on petitions in order to qualify for the ballot in November of 2016. “We have to overachieve that number,” Hank said, “because we are sending a clear message that Michigan is ready to lead on civil rights, job growth, education, and better roads.”

MILegalize must submit petitions by June 1. MILegalize announced a rally at the State Capitol Building to call together volunteers around the state, collect petitions and celebrate the efforts of the “volunteer army” that has come together during this historic campaign. MILegalize invites all Michigan voters concerned about Flint, Detroit Public School, good government, and other issues to rally in unity with MILegalize.

That rally is on May 20, from 2-4 PM and will be followed by a gathering in Lansing to celebrate with the campaign’s top volunteers. Volunteers are encouraged to collect as many signatures between now and then so the campaign has time to process them, and the campaign will have more petitions and supplies for people to take home from the rally to petition hard for another 11 days. MINORML will provide a gracious bonus of $100 to the first 15 people to bring 500 or more valid signatures to the rally.

MILegalize is still collecting funds to support the petitioning process and essential upcoming costs. “It costs money to run an effective campaign of this scope,” Hank explained. MILegalize has raised almost $990,000.00 so far, and is seeking to become a million dollar campaign this week. MILegalize is the only statewide cannabis reform campaign that is not funded by special interests and lobbying groups– a fact the campaign is very proud of.

“We are independent. This is a true grassroots movement that stands for more than cannabis reform. We are citizens seeking common-sense policies and dedicated to preserving democracy in Michigan and making Michigan great,” Hank said.

MILegalize verifies every signature for voter eligibility and checks for duplication, and has two professional signature collection firms out on Michigan streets gathering signatures that are able to increase production with adequate resources. There will be expenses through the process of submitting to the state, and afterward, as MILegalize prepares to start phase 2 of the campaign to educate Michigan voters, and will likely face opposition from those opposing job growth and civil rights.

MILegalize is hosting a fundraiser dinner/auction at the famous Dominick’s in Ann Arbor. At auction will be cannabis memorabilia, a $3,000.00 growing package, classic poster art and much more. Also up for bids: Items signed by comedian/entertainer Tommy Chong and hockey greats Darren McCarty and Larry DePalma.

Both McCarty and DePalma will be attending the fundraiser in Ann Arbor, scheduled for May 11. The event runs from 6-10pm.

For details on the campaign, these events or to volunteer/donate, please visit: 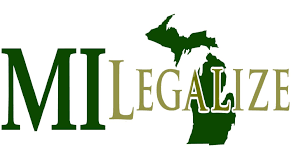